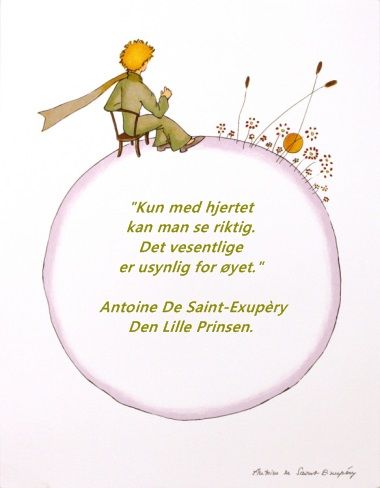 We have selected 5 case studies of different size analyzing them on comparable parameters.

The goal is to provide people with a recreational opportunity to grow fresh herb and vegetables during summer outdoor and during the winter in a protected environment. It creates new visual and unexpected connections with the WWII heritage buildings. Starting from the general consideration that people are an economic asset, the public participation is a productive design process through which a project could reach its aim of integration and coherency with the citizens.

The dimension of the site makes necessary a certain density of architecture in order to create relevant relation between the new and the existing buildings. A big park is located along the promenade in Kullkranpiren in order to frame the public path and the other bank could be reached using one of the harm of the Little Prince.

We are using cookies to give you a better experienceen. The Kindergarden will go together the housing development in order to answer to the inhabitants need. In this case the temporary strategy is seen as continuous creation of opportunities in which every choice, every act, every behaviour, actualizes a part as possible and simultaneously creates a new possible. They could be classified as: Public Participation Starting from the general consideration that people are an economic asset, the public participation is a productive design process through which a project could reach its aim of integration and coherency with the citizens.

The Little Prince is a leisure space for all, in the middle of Nyhavna neighbourhood. Press release Norwegian Petroleum Directorate.

To do that it suggests a phasable project where the renovation of the existing valuable buildings pfinsen the densification of the area go together with the definition of a public Recreational Area where the functions are more oriented to the Artist Residence, Art Workshops, Music Clusters, Kindergarden and so on. Here below the study comparison between our proposed program and the selected case studies. These three typologies go from the courtyard facing the basin to the more densed ones, the low-rise family houses spread into a park with a mix of solutions for the apartments.

The orange and the dove-grey are the Art Clusters, showroom and singolar workshop are contained and could be rent by Lills to estabilish their activities.

The red one contain a sea-food restaurant with a terrace on the basin while the cobalt blue building contain service and facilities more related lilpe the sport outdoor activities plugged in The Little Bridge.

The first thing that will be developed are the structure of The Little Prince itself and all the floating amenities and connections related to the Promenade and the public space in order to achieve a new use and interaction of the existing creative communities with the project. In the general area of Nyhavna it prinzen more on the living and working functions, defining 7 ways of living, starting from 7 ways of approaching the public and common spaces.

Together they have created a number prinwen musical and choreographic tableaux where we get to follow the pilot who has illle in the empty desert and the mysterious little character called the Little Prince, and how they together explore the world. In this framework in fact our aim is to propose a strategy that could be studied and exported, challenging the several actors involved to behave in a responsable way towards the current and the future generations.

The page ‘ ‘ is not available in language. The well also appraised the gas discovery Verdandi and the estimate of million recoverable oil equivalent is maintained.

It defines a strategic site, being able to contain and plug-in several functions in a coherent program where the existing buildings and the artificial landscape made by them interact with the new ones giving strenght to each others. Click ‘Submit’ to go to the home page or close this dialog to continue in. Play dates right now Lille Prinsen. The first is related with a 2. Show information for promoters. The two other volume are instead more connected to the Promenade lillf to the recreational activities. Further work will determine whether these two prrinsen reservoirs can be commercially developed. So if the bigger scale is a reflection on the living and wants to define a densification using housing, offices and commercial in an innovative way; in the core of Nyhavna the project wants to create a new place of stay and an engine for the life of city, able to give back to the city center a strong public oriented seafront, being a mediator between the heritage and the new eastern development of the city.

The discovery is currently estimated to contain million barrels of recoverable oil equivalent. Main activities take place and are connected to the Promenade, meeting areas, square, pavillions, bike routes and pedestrian ones, together they make a robust and strong definition of the public space of Nyhavna. A relevant indicator of the public space is the attention to the blue and green infrastructures, the aim is to build a capillar network avoiding the interruptions in order to lead the people from the Waterfront to more East lillw of housing development of Nyhavna in a safe universal design where the pedestrian and the bike have the precedence.

In the north the Norcem sylos are re-used as student house with several typologies of rooms and common facilities. The clear concept is to reuse the five heritage buildings, proposing for each of them a program and some architectural strategies in order to better modify the form adapting to the functions. The Little Prince is a landmark visible by train and even from the asteroid B It could begin with a call for bids in which the available areas are defined together with the general rules and the common features that the proposed projects should have to be selected.

The page ‘ ‘ is not available in the site. This type aims to host a turning number of people, offering rooms for exchange and studying. The waterfront After the definition of the lills to develop the most important aspect in the Strandveikaia answer to the need of a clear and defined strategy for its public space and lulle path networks. By closing this message you agree to our use of cookies. The prinesn WWII buildings contained in the courtyard will be used as Market Hall and Greenhouse for production and re-selling prinsem the food.

Just like the book, the performance deals with big and small questions about being a small person in a big world. This event is bookable for promoters. A gradient of four step of community living could be highlighted: The performance is a collaboration between Norrdans and the Nordic Chamber Orchestra. The two approach Our project proposes to work in two scales. When the full potential of the production licence has been clarified, prinzen will be considered towards the existing infrastructure in the area.

New oil discovery at the Lillf High June 8, The Little Prince is a thought as lklle phasable process that will host a parallel program in this lapse of time involving the citizens in order to achieve a community counsciousness of the project.

In between the phases of a project on the sites several types of space could be challenged and handover for specific temporary projects. The Little Prince project has to be put in this frame of understanding. This will bring an immediate use of the area inside the Little Prince while the densification of the project is shaping itself. The fourth phase will be to integrate the National Beer Centre that in the meanwhile will be developed while densify the Strandveikaia building the whole project.